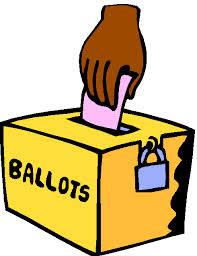 India is now undergoing a massive election to its 16th parliament. The facts look humungous, when compared to other nations. India is the world’s largest democracy and there are nearly 814 million voters, of which 100 million are exercising their franchise for the first time.

To add to these, is the fact that there are 543 parliamentary constituencies, and nearly $ 573 million will be spent in conducting the elections. The money spent by the parties does not fall within the purview of this figure.

The election will be conducted using the latest technology. Electronic voting machines are being used throughout the country, which obviates the need for manual counting of votes, as before.

This time the incumbent centrist party Congress is facing the right-wing party Bhartiya Janata Party (BJP). Congress has ruled the country for most of its six decades of existence of the country but is facing a big challenge from Bhartiya Janata Party. The latter party is led by the hard-line Hindu politician Narendra Modi who is expected to be the prime minister if the BJP comes to power. The Congress is being led by Rahul Gandhi the grandson of the former Indian prime minister Indira Gandhi.

Personal attacks and exposing of financial indiscretions of politicians is common during Indian elections. The parties and their spokespersons are therefore slinging mud at each other accusing each other of things such as infidelity, financial misappropriation, crime, etc.

The atmosphere is thick with accusation. Which makes Indian elections all the merrier!