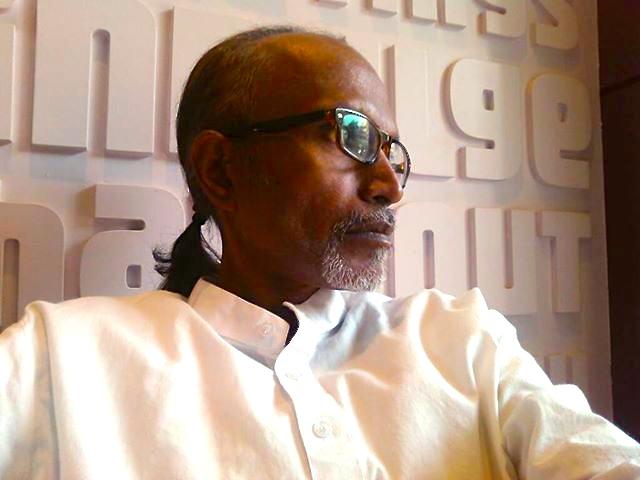 Cafe Coffee Day – Official has become a second home for me in many respects. I go there to write, to mull, to regurgitate over coffee or tea. The other day at the CCD in Belapur a waiter came to me and said “You are a writer.” I asked how do you know. He said “I read your interview in DNA.” I said “Oh.” He probably means this interview: http://epaper.dnaindia.com/story.aspx?id=58690&boxid=10435&ed_date=2014-01-23&ed_code=820015&ed_page=4

Writer, poet, singer-songwriter, and blogger John P Matthew was born in the state of Kerala, India. After spending eight years in Kerala he migrated to Bombay for an education. In Bombay he lived in a working class locality and attended Adarsha Vidyalaya. Later on, he earned his Bachelors in Science from University of Bombay, but read extensively on literature inspired by the work of one of his uncles George Mathan, who wrote the first book of grammar in Malayalam, the language of Kerala. He has been a practitioner of the written and spoken word ever since his childhood wherein he had filled several notebooks with poetry and contributed to the now-defunct Youth Times and The Illustrated Weekly of India.

His first success as a writer came when he won publisher Penguin’s world-wide short story contest “India Smiles” in which his short story “Flirting in Short Messages” was selected for publication in an anthology. The collection, published by Penguin, was also titled, “India Smiles.”

His story “P.K.Koshy’s Daily Rountine” was also shortlisted and subsequently published in an anthology by Grey Oaks, an Indian imprint. The short story is about the post-retirement life of a Malayali pensioner living in Bombay and the abrupt changes he faces in his daily routine.

Among the many jobs he held in his working career is that of Executive Secretary of the Advertising Standards Council (ASCI) and editor of a monthly magazine called Ambit. His articles have appeared in Ambit and in various newspapers and publications such as: Economic Times, DNA, Capital Market, Industrial Times, Chemical Age, Ambit, etc.

He started writing his blog in 2003, and today the blog ranks as one among India’s top blogs. The blog is also ranked among the top 1000 book blogs around the world by Technorati, a website rating service. Apart from his main blog he has several other blogs on which he publishes his current works in progress. His poetry blog contains his poems open to suggestion and iteration from visitors and his short story blog contains his short stories. He is also keen performer of his poems and has performed them at the Kala Ghoda Literary Festival, Caferati Open Mike and at the Blue Frog Poetry Slam. Of late, he has been composing his poetry into songs, inspired by the work of poet Jeet Thayil.

His poems have been included in the website “Famouspoetsandpoems.com” and a poem titled “The Call of the Cuckoo” has been published by Poetry Rivals. He presented his poems at the Kritya International Poetry Festival organized in Thiruvananthapuram, Kerala.

His forthcoming novel “Mr. Bandookwala, M.B.A., Harvard” is about a brilliant Harvard graduate who because he is honest and uncorrupt fails to make his mark in the internecine power struggle of a Bombay-based real estate company. The novel explores the experiences of an earnest Harvard management graduate who wants to change the working of an Indian company steeped in the traditional style of management. The novel’s protagonist Mr. Bandookwala observers the steep fall in moral standards in India since he migrated to the U.S. and struggles to correct whatever is in his ambit as the Chief Marketing Officer of the company. Written in a magic realistic style the protagonist encounters several bizzare incidents: being pushed out of a moving train, an audience with an underworld slum lord who is a graduate, an extremist committing mayhem in a five star hotel among others. According to him the novel is about the “probability of improbable in India.” It is a novel that explores the slimy sullen streets of slums and the unbridled corporate greed of metropolitan Bombay, hidden hitherto behind the gauze veil of mango chutney, rope tricks, elephant rides, wile-less people, and nostalgia-tinted fragments of literature written by Indian expatriate writers. He is an Indian writer essaying the India of greed, corruption, the politician-underworld nexus, call centres, and above all, life in the festering re-developed-slum colonies of Bombay.

He has written a book-length travelogue on his native state of Kerala titled, “To God’s Own Country – a Serendipitous Journey to Kerala,” which is being edited. This book is based on a journey he undertook by an open bus down the heart of India’s Deccan Plateau and records the resplendent sights and enormous diversity of India.

He is an amateur musician and plays the acoustic guitar, besides dabbling in photography and sketching. He lives in Bombay with his wife, a teacher, and son.